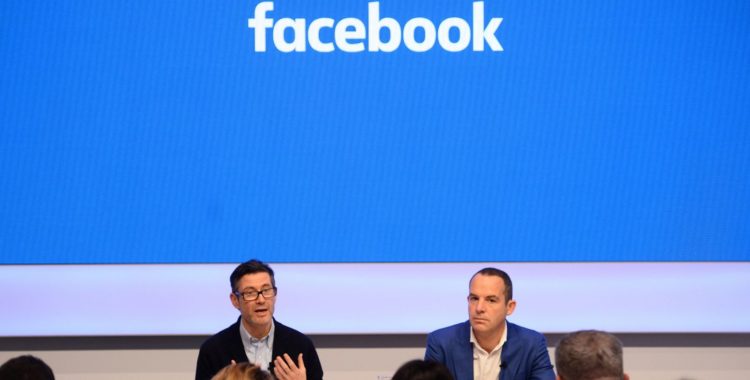 Mark Lewis discusses MoneySavingExpert Martin Lewis’ ‘Campaigning Lawsuit’ against Facebook and what this new chapter at Patron Law has in store for him.

It was an eventful week for high profile lawyer Mark Lewis last week. Not only did he officially join Patron Law, but he also helped Martin Lewis settle his recent case against Facebook for running scam adverts which fraudulently used his name and image.

It was an interesting case and one that was ultimately settled out of court with Facebook agreeing to donate £3m to set up Citizens Advice Scams Action project (“CASA”) and launch a new reporting tool for scam adverts.  However, it was also another great achievement for both the Lewis cousins. For Martin, in having brought the case to protect the vulnerable people that these ads were ripping off, and for Mark taking on another media giant.

In this interview,  Mark gives us more of an insight into what prompted Martin to bring the case; why Campaigning Lawsuits such as this are important and what drives him to take on cases like this.

Mark, I understand this was a personal lawsuit Martin Lewis brought against Facebook, as opposed to it being on behalf of MoneySavingExpert, is that right?

That is right. Last year, acting in a personal capacity, Martin launched a campaigning defamation lawsuit against Facebook, initially seeking exemplary damages, i.e. damages given as punishment to the defendant, to spur change and prevent the publication of these ads. At the time he made it very clear, that this was not being brought for any personal gain and that any money paid out to him would be donated to anti-scam charities.

These scam adverts were knowingly exploiting Martin personally, damaging his reputation and conning innocent, vulnerable people into believing that he endorsed these scams.

Can you tell us more about what drove Martin to bring this case?

Yes, quite simply – Martin wasn’t getting anywhere with Facebook. He had repeatedly told Facebook that he ‘doesn’t do adverts’ – he’s makes this clear on TV and social media. Conmen were taking advantage of how trustworthy he is. Friendly steps to stop this were not working and people needed protection.

People were losing money because they saw Martin’s image and assumed that he was endorsing investments that were in reality scams. The difficulty was framing a legal case that would get Facebook to finally address the problem.

Martin coined the phrase as it was essential that people knew that he was not suing for financial gain for himself, rather he put himself in the position of taking legal action to help others.

What cases like these demonstrate is that the law can be used creatively in order to obtain the result that you want rather than a result that a court might award. In this case the outcome was positive for both Martin and Facebook and ultimately for vulnerable consumers.

Can you help us understand the actual legal case that was brought against Facebook?

The facts behind the case were that Martin’s image was used as an endorsement of fraudulent products. The legal issue was that people who saw that endorsement would wrongly assume that Martin was in on the scam. A libel case was the perfect vehicle to protect Martin’s reputation. In showing ‘that he does not do adverts,’ as he clearly states on his website, we could demonstrably prove not only that these adverts were in fact nothing to do with him, but also that Facebook had been repeatedly informed that these were fake adverts which were fraudulently abusing Martin’s image.

It was impossible to sue the fraudsters as they were thousands of miles away and hidden behind a web of international companies in obscure jurisdictions.

Facebook claims it is not a publisher and therefore not responsible. Martin argued that Facebook acted as a publisher not just a message board. It was being being paid to publish these adverts which promoted fraudulent enterprises, despite the abuse having been reported to them. Martin hoped the lawsuit would force it to change its position and approach. It did. Facebook took the claim seriously and worked with Martin to address the problems.

Martin Lewis settled out of court, is this a good outcome?

Yes, I absolutely believe it is. The entire aim of the English Legal System is to encourage resolution of disputes as quickly as possible. It is always a very good thing if parties are able to settle. Sometimes disputes have to be resolved at court. In this case it can be said with 100% certainty that a court would not have been able to provide a conclusion that was as good as this one.

Has this case changed the law in any way?

The point has not been decided but the outcome, the flavour of the settlement certainly gives more credence to the argument Facebook is a ‘publisher’ when they carry ‘sponsored adverts.’  This is materially different to when it acts as a message board where it cannot be expected to monitor every status and comment that is put on by users.

So, in some ways the law has not changed, in other words there is no legal finding that Facebook is a publisher responsible for its advertisement, however the existence of such a settlement is likely to be very persuasive to judges having to decide similar cases.

What this shows is that a legal framework can be used to obtain a win for Martin, a win for Facebook and a win for future victims. To put it another way, the settlement achieved the intended result much better than if it had been determined by a judge.

Scam Action sounds like a great initiative . Facebook’s £3 million investment is a tidy sum to get the initiative off the ground. Can you tell us anymore about what Scam Action is set up to do and achieve?

As far as I understand it, The Citizens Advice Scams Action project (CASA) will allow the charity to take on scam prevention work independently. It will work to identify and tackle online scams that impact people in the UK, as well as supporting victims impacted by scams such as this. It is operated by Citizens Advice. It is not operational yet, CA will announce that date in due course.

Facebook is one of many social media platforms, presumably this type of thing is happening across other platforms also?

The problem was not unique to Facebook. Having been the biggest culprit Facebook has now led the way and it is hoped that other social media platforms and internet companies will contribute to help address a very serious problem.

What do you think will happen over the long term? Will we see an end to these sorts of scams?

that needs solving. The only difference between this and previous scams has been the use of social media instead of telephones. I am sure that this has been going on ever since hieroglyphics. The job of lawyers is to try and find an answer to the problem.

What’s next for you Mark, you’ve joined Patron Law, what sort of cases will we see you working on next?

No spoilers here!  Many of my cases are high profile but to that is the tip of the iceberg. I’m working on some interesting cases right now and I’m sure there will more to say on those in due course.

Find out how we can help 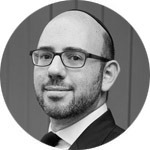