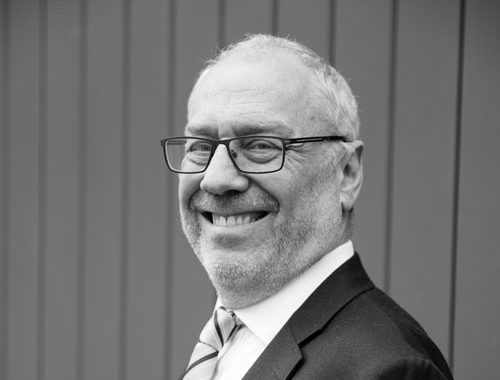 Barry was bound to be a solicitor. His father was a solicitor, as are his brother and sister (she is both a Scottish solicitor and an English barrister). After studying economics at University College London, he passed The Law Society’s Accelerated Law course with distinction and trained under the legendary Harry Offenbach in Old Bond street.

After taking two years off to travel the world and get married (not in that order), he returned to London where he formed a City solicitors office before setting up Abrahamson & Associates 25 years ago. He is a qualified mediator. He is delighted to bring his skills and expertise to Patron Law.

Barry started as a criminal lawyer (he has seen the inside of most of London’s prisons!) but he has since moved to civil work, working with private individuals and corporations. His dispute resolution work has ranged from property tribunals to the Court of Appeal, the House of Lords and Batei Din (the Jewish religious courts).

He advises clients on protection and preservation. It’s always better to prevent trouble than to deal with it is his approach. Perhaps this is why one client recently said “I trust him completely”.

Barry will be pleased to work for you with Lasting Powers of Attorney, Wills, Probate, Dispute Resolution of all kinds and all areas of Residential and Commercial Property.